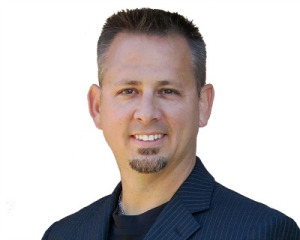 The Cure Is the Aggressive Pursuit of a Great Life . . . and Love.

I love it when science confirms what we already know – in this case the secrets to a great life. A 75 year study from Harvard tells us exactly what we need to life a great life. Here is a blurb and a link to the article. I also include an audio recording of part of our weekly group call that we hold every week in the online program.

Love Is Really All That Matters

It may seem obvious, but that doesn’t make it any less true: Love is key to a happy and fulfilling life. As Vaillant puts it, there are two pillars of happiness. “One is love,” he writes. “The other is finding a way of coping with life that does not push love away.”

Vaillant has said that the study’s most important finding is that the only thing that matters in life is relationships. A man could have a successful career, money and good physical health, but without supportive, loving relationships, he wouldn’t be happy (“Happiness is only the cart; love is the horse.”).

It’s About More than Money and Power

The Grant Study’s findings echoed those of other studies — that acquiring more money and power doesn’t correlate to greater happiness. That’s not to say money or traditional career success don’t matter. But they’re small parts of a much larger picture — and while they may loom large for us in the moment, they diminish in importance when viewed in the context of a full life.

“We found that contentment in the late 70s was not even suggestively associated with parental social class or even the man’s own income,” says Vaillant. “In terms of achievement, the only thing that matters is that you be content at your work.”

Regardless of How We Begin Life, We Can All Become Happier

A man named Godfrey Minot Camille went into the Grant study with fairly bleak prospects for life satisfaction: He had the lowest rating for future stability of all the subjects and he had previously attempted suicide. But at the end of his life, he was one of the happiest. Why? As Vaillant explains, “He spent his life searching for love.”

“Joy is connection,” Vaillant says. “The more areas in your life you can make connection, the better.”

The study found strong relationships to be far and away the strongest predictor of life satisfaction. And in terms of career satisfaction, too, feeling connected to one’s work was far more important than making money or achieving traditional success.

“The conclusion of the study, not in a medical but in a psychological sense, is that connection is the whole shooting match,” says Vaillant.

As life goes on, connections become even more important. The Grant Study provides strong support for the growing body of research that has linked social ties with longevity, lower stress levels and improved overall well-being.

Challenges –- and the Perspective They Give You — Can Make You Happier

The journey from immaturity to maturity, says Vaillant, is a sort of movement from narcissism to connection, and a big part of this shift has to do with the way we deal with challenges.

Coping mechanisms — “the capacity to make gold out of shit,” as Vaillant puts it — have a significant effect on social support and overall well-being. The secret is replacing narcissism, a single-minded focus on one’s own emotional oscillations and perceived problems, with mature coping defenses, Vaillant explains, citing Mother Teresa and Beethoven as examples.

“Mother Teresa had a perfectly terrible childhood, and her inner spiritual life was very painful,” says Vaillant. “But she had a highly successful life by caring about other people.

Creative expression is another way to productively deal with challenges and achieve meaning and well-being.

“The secret of Beethoven being able to cope with misery through his art was when he wrote ‘Ode to Joy,'” says Vaillant. “Beethoven was able to make connection with his music.”

﻿﻿ Listen to "Rule of Engagement: 7 Tips To Better Navigate Conflict and Crisis" on Spreaker. Read an Edited Transcript of the Show: Hey, hey, hey, welcome to Sex...

END_OF_DOCUMENT_TOKEN_TO_BE_REPLACED

﻿ Listen to "My Massive Failure and How I Bounced Back" on Spreaker. Read an Edited Transcript of the Show: Hey. What's up, brothers and sisters? My name is Craig...

END_OF_DOCUMENT_TOKEN_TO_BE_REPLACED

﻿ Listen to "3 Belief Systems You MUST Embrace If You Want Long Term Success" on Spreaker. Read an Edited Transcript of the Show: Welcome and happy new year. This is...